A staple of 1950s “hot rod” culture, fuzzy dice can still be found hanging from the rearview mirrors of classic cars across the United States. But while these colorful plush accessories may seem like the epitome of cheesiness, their origins are less lighthearted.

It’s said that placing a pair of dice on the instrument panel became a common practice for fighter pilots during World War II. The dice not only served as a good luck charm but were also a sobering reminder that every mission was a “roll of the dice.” (Allied forces would commonly lose hundreds of pilots each day during battle.)

Fighter pilots who were lucky enough to survive the war brought the dice superstition home with them. And over time, a pair of dice over the mirror came to symbolize a different type of battle: street racing. Rumor has it that if you pulled up next to a car with dice on the mirror (think “American Graffiti,” not “The Fresh Prince”), then the driver was ready to race when the light turned green.

We all know that the Japanese attack on Pearl Harbor initiated the involvement of the U.S. in World War II. But in the years that followed, the soon-to-be state’s strategic location in the Pacific Ocean meant that thousands of American soldiers would spend time in the Hawaiian Islands. And consequently, small hula girl figurines made for great souvenirs to bring home to friends and family.

In the 1950s, the popular hula dancer figurine received a spring-loaded makeover, and she’s been dancing on car dashboards ever since.

Although they’re rarely seen nowadays, there was a time when every car on the road was equipped with a metal radio antenna. And what better way to customize your ride than by adding a chunk of foam to the top of your antenna?

Antenna toppers were sold in styles ranging from smiley faces and cartoon characters to flags and team mascots. But the original antenna topper was in the shape of an orange ball—a Union 76 ball, to be exact.

In 1962, the Union 76 chain of gas stations rebranded their logo and signs to include an orange sphere with a big blue “76” printed on it. For its debut at the World’s Fair in Seattle, the company’s advertising team was tasked with promoting the new logo, and they created foam antenna toppers mimicking the logo. Little did they know they were also creating a new fad in car customization.

Antenna toppers grew in popularity well into the 1980s. But as new technology made whip-style antennas obsolete, these once-popular accessories met a similar fate.

From bell-bottoms and lava lamps to tie-dye and disco, the 1970s saw more than its fair share of fads. In the automotive realm, citizens band (CB) radio was one of them.

CB radios allowed drivers to communicate with each other over relatively short distances. The technology was invented in the 1940s, and by the 1960s it had been adopted for professional use by some small businesses and truck drivers.

What led to the widespread use of CB radios for personal use? Many say it was the 1973 oil crisis. As gas prices spiked and fuel was not widely available, drivers used CBs to learn where they could buy gasoline. The use of CBs in popular culture (like “The Dukes of Hazzard” and “Smokey and the Bandit”) and the mass production of radio equipment helped further cement the trend.

Before long, CBs turned into a type of pre-internet social network where you could speak with nearby strangers knowing only their “handle.”

These days, CB radios are still used by long-haul truckers but the proliferation of cell phones and the internet have made them mostly irrelevant for personal use.

If you’re logging a lot of hours behind the wheel, having a comfortable place to sit is important. Today, you might define that as a well-bolstered car seat with good lumbar support. But in the 1980s, peak comfort was achieved through a seat cover made from hundreds of olive-sized wooden beads.

The network of beads was said to have a type of massaging effect. And sitting on top of the beads, instead of directly on the seat, helped improve ventilation. But who fueled the hype for these wooden accessories? The answer may surprise you: cab drivers.

The seat covers originally caught on with New York City cabbies and long-haul truckers — folks who spend most of their days behind the wheel. And as everyday motorists observed the trend, they decided to try it for themselves. Unfortunately (or perhaps fortunately), what these seat covers may have offered in comfort they couldn’t make up for in staying power and they gradually faded from popularity.

If you’ve been on vacation over the past 20 years, you’ve likely seen white oval decals for sale in every gas station, souvenir shop and restaurant you’ve visited. The stickers, which feature two or three capital letters in bold black font, have become the go-to way to showcase a family’s favorite travel destination such as the Outer Banks (OBX), Hilton Head Island (HHI), Martha’s Vineyard (MV) or Nantucket (ACK). But have you ever wondered how the white oval decal trend started?

These white oval decals date back to the 1940s when the United Nations implemented the use of stickers to identify the country of origin for cars traveling throughout Europe. For example, if a vehicle had a white oval decal with the letter “D,” local authorities would know the driver was from Germany (Deutschland).

In 1994, Earle F. Williams decided to make similar decals for his home state of Vermont (VT). Soon after, vacation destinations across the country adopted the practice, and the trend “stuck.”

Car customization may have peaked at the dawn of the new millennium, thanks in part to the popularity of entertainment gems like “The Fast and the Furious” and MTV’s “Pimp My Ride.”

In addition to installing televisions everywhere, one of the unfortunate side effects of this boom in popularity was the growth (literally) of car wheels, or “rims.” While cars of the 1990s commonly came stocked with 15-inch wheels, the 2000s saw aftermarket manufacturers push that number to 24 inches and beyond.

So, what fueled the giant-rim trend? It turns out advances in tire manufacturing technology are partly to blame. As more tire companies were capable of producing large-diameter, low-profile tires, the demand for larger wheels surged. Plus, an affinity for all things “bling” only fanned the flames.

While this trend did lead to an overall growth in wheel sizes that is still seen today, the obsession with giant flashy rims is now in the past.

Have you ever thought, “I love my car but I wish it looked more feminine”? Perhaps not, but apparently that’s what Dottie Small of Park City, Utah, was thinking when she invented “CarLashes.”

What are CarLashes? They’re eyelashes for your car, of course. All you need to do is glue them to your car’s headlights for the automotive makeover you’ve always (or probably never) wanted.

Give Your Car the Protection It Deserves

Your car is not just four wheels and an engine; it’s a prized possession. You love it. You’ve accessorized it. You may have even named it. And you definitely count on it.

At Erie Insurance, we want you to feel just as satisfied with your auto insurance coverage. That’s why we customize your protection and service to give you exactly what you need and nothing you don’t. Talk to your local ERIE agent today to get a free no-obligation auto insurance quote.

In many ways, your car is an extension of your personality. The type of vehicle you drive can reflect not only your style but your values and life priorities as well.

Over the years, the booming automotive aftermarket has taken this sentiment to the next level by providing countless ways for drivers to accessorize their rides. And while some customizations (like tinted windows) have stood the test of time, others haven’t aged so gracefully.

Let’s take a trip down memory lane to uncover the surprising origins of some of the strangest car accessory fads over the past 70 years.

Haven’t heard of us? Erie Insurance started with humble beginnings in 1925 with a mission to emphasize customer service above all else. Though we’ve grown to reach the Fortune 500 list, we still haven’t lost the human touch.

Contact WealthGuard of NY today to experience the ERIE difference for yourself. 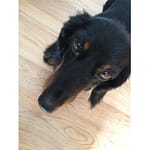